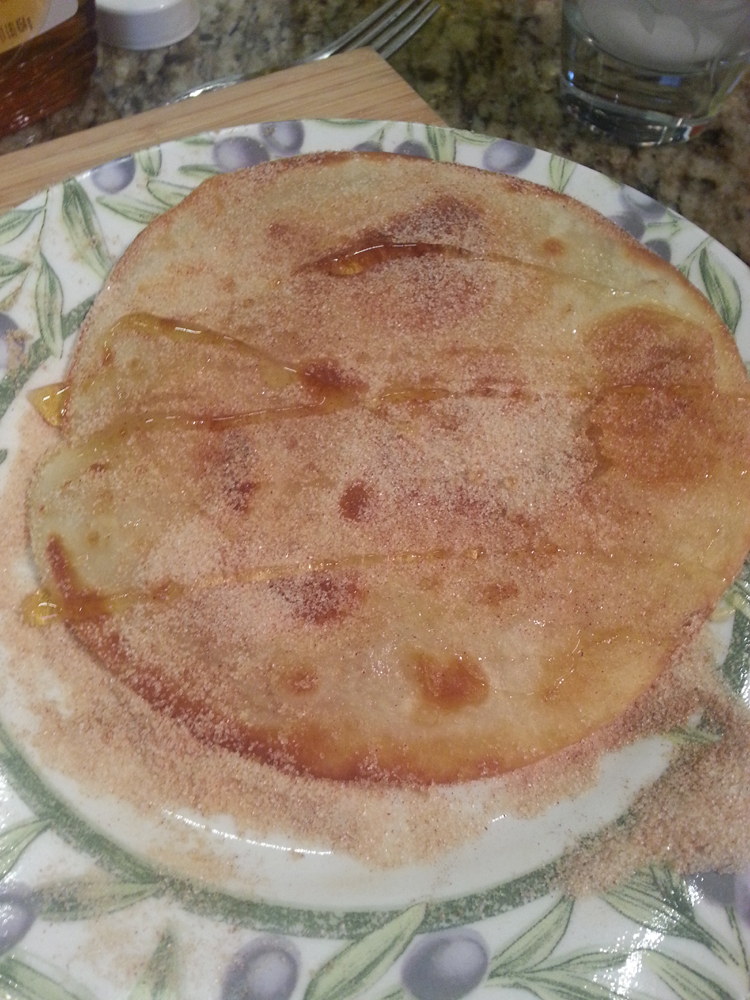 I like this recipe because it is so fast, simple, and tastes like an elephant ear without being deep fat fried!  Or, if you’re very picky, it tastes similar to an elephant ear from the fair!  That amount of sugar and cinnamon mixture yielded us about 3-4 tortilla toppings, but it will depend on how much topping you like.  I like to brush on a little honey to keep the sugar/cinnamon mixture sticking to the tortilla.  You want a fairly medium to high heat here to make the tortilla puff up a little and brown, otherwise it just tastes like a regular tortilla!